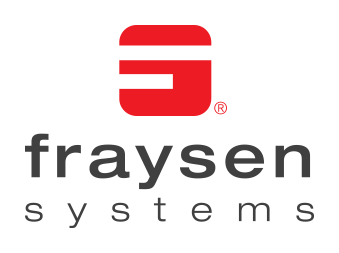 In a complex world, big problems often lurk just beneath the surface: hiding in plain sight. People do their best to record data, but it’s not something we are good at and rarely what we are paid to do. The place where we see or feel the pain usually gets the blame. No amount of good work or money can produce the right result by solving the wrong problem.

A good example of this phenomenon is micro-stoppages. Micro-stoppages often involve small equipment breakdowns that can cause major losses in time and money. In manufacturing, there are often breakdowns that require a disciplined process to find the root cause of a problem.

Recently, Fraysen identified a micro stoppage issue for a big client launching a major equipment upgrade project. They had determined that a critical production line was failing to meet its commitments and normal management intervention was not making any breakthroughs. Something was fundamentally wrong.

Consultants were commissioned to conduct the painstaking analysis of stoppage data, which concluded that the packaging machine was the culprit causing the losses the line was experiencing. It would require a $75,000 rebuild to fix it.

The production operators carefully recorded this data during each shift and a support staff member aggregated it every day into a spreadsheet. Everyone felt good about the project: after all, the machine was notoriously difficult to set up, jammed frequently and made a mess out of both product and material. They felt confident the investment, though large, was worthwhile and would make a huge difference given the evidence-based data driven approach to the decision.

The Director was very encouraging of his team, and was deeply suspicious of any data collected by hand from his previous experiences. As a validation priority, he charged Fraysen with collecting stoppage data directly from the machines themselves. Then using this data to develop an analytical model of the line that assigned “cause” to every stoppage of a particular machine and reason. Fraysen did.  Within 2 hours of Fraysen’s deployment, it was blindingly obvious that the packaging machine was not the problem to the Client’s Engineer and us. It rarely if ever actually stopped the line’s critical process!

On the contrary, the culprit was a completely different machine, which was stopping the process; for a quarter of a second, half a second, one and a bit seconds, upwards of 1,500 time a shift! But no one noticed: in all the noise and distraction, who’s going to see a momentary hesitation? Who’s going to stand there to see that it wasn’t happening once or twice, but all the time?

Fraysen saved the client thousands of dollars by stopping planned repairs on machines that weren’t broken. Finding and eliminating the true cause saved exponentially more when considering the years it would take to identify the problem without Fraysen.