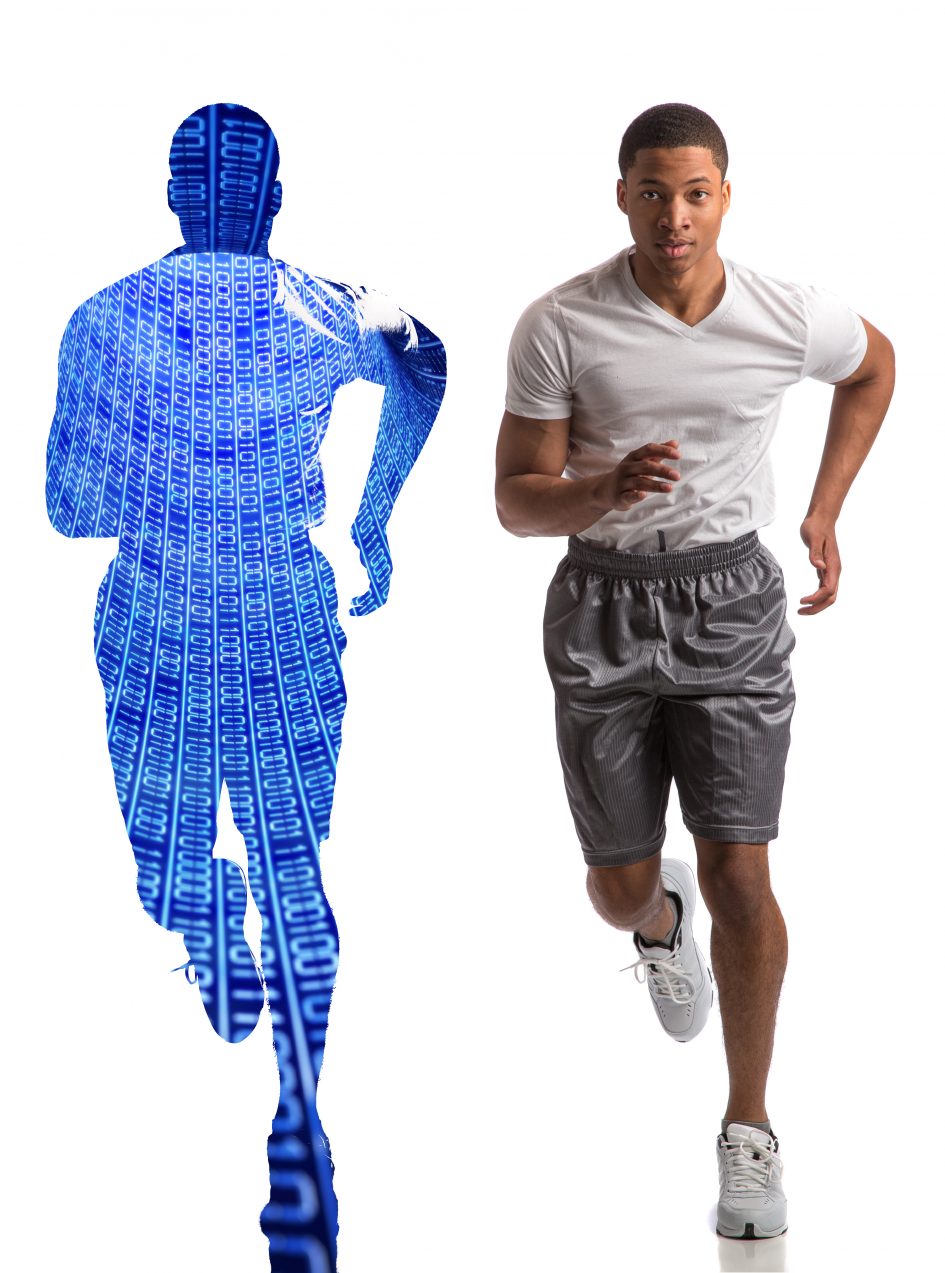 What is a Digital Twin and why do I care?

A Digital Twin uses data from sensors installed on physical systems to represent their near real-time status, working condition or position. This modelling technology allows us to see what is happening inside the system without having to be able to get inside the system. It forms a critical step in the information value chain without which it is often impossible to get from raw data to insight, and therefore to value. As the Internet of Things grows, Digital Twins will become a standard tool for Data Scientists and Engineers wishing to use all this new data to automatically understand and respond to what is going on in the real world.

What problem does the Digital Twin solve?

Control systems engineering gives us a very strong theoretical and conceptual framework for understanding Digital Twins, how to build them and how to apply them. Here is how that discipline looks at any real-world system:

The Systems Engineering View of Systems

The two concepts I emphasize above are key to getting useful information out of an IoT solution:

A system is observable if at any time its internal state can be reconstructed from no more information than its current outputs. Here is what this looks like: 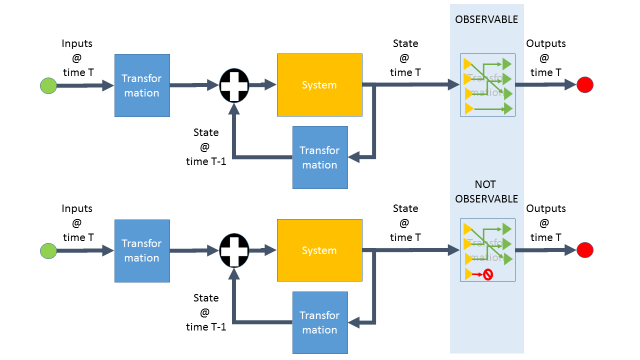 In the Internet of Things, this means that if a formula or formulas can be applied to the available output data to tell me everything I need to know about the system at any given time, then the system is observable. Great. In that case we are in the realm of analytics, and need not bother ourselves further about a Digital Twin for this system. A good example of this might be that I need to know the efficiency of a chiller unit. I have measurements for voltage, current, temperature and flow rate. Then at any given time T:

However if I cannot extract all the information I need from the current system outputs, then my system is unobservable, or at least not completely observable. For example, if I want to know if a production machine is faulted, and why, and my only measurable output is the number of units produced in the last minute, and that number is zero (0), then I can infer that there is possibly something wrong, but I cannot say for sure, and I certainly can’t say what. To make my system observable I would need access to the fault code register.

A system is stateful if its current state depends not only on its current inputs, but on things that happened to it in the past as well. This is easily captured in software, for instance by using the Objects provided by languages such as Java, C# or even JavaScript to retain the system’s state as it evolves. But it also drives the “in near real-time” part of the Digital Twin definition. Near real-time is a benefit of Digital Twin modeling, but it is also a requirement for extracting information from stateful systems, and this can be quickly illustrated. 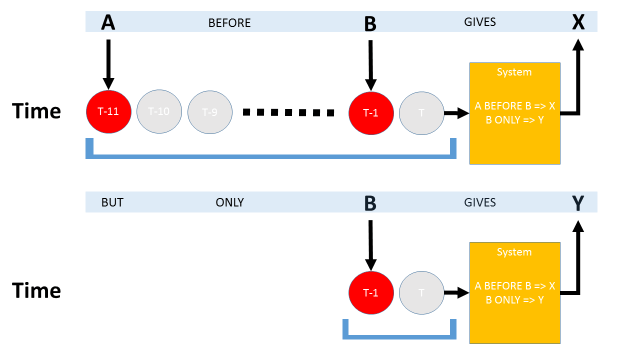 Obviously, the answer I get from my Digital Twin model depends on when I start my analysis from. Let’s imagine a system that produces an output "Y" if it receives the input "B", unless it has received an "A" first, in which case its output will be "X". In the real world, this might be a machine going into different fault and run states, where the effect of an input on the machine’s state depends on the state the machine is in at the time. If I go far enough back in time, I realize that my system did receive an input "A", and so by the rules of my system, the later "B" results in my model producing the output "X". However if I don’t go back far enough, I will think that I only got a "B", and the output should be "Y". But how far back is “far enough”? The input "A" might have arrived 100 milliseconds ago, or it might have arrived yesterday, or just before the week-end. Which means that I cannot just pick up and run my model over a selected time period any time I want to get an answer — apart from the sheer impracticality of crunching the numbers while the User waits for an answer. My Digital Twin must run continuously to hope to be accurate: of course I can store its results for later historical analysis. Hence real-time.

If we have a Digital Twin for a real-world system, we can interrogate the the Digital Twin to discover the otherwise unobservable state of the system, even if we cannot directly measure that state. For this to be successful though, we must run our Digital Twin continuously, although this has the side benefit that its insights are always available to us in real, or near-real, time.